Home Diritti Why Brazil is in Bolsonaro’s hands
Share
Facebook
Twitter
WhatsApp
The new president’s rise has been favored by national ruling classes, powerful evangelical networks and by several entrepreneurs interested in exploiting the advantages of a economic market policy favoring wild privatization and elitists laws

Bolsonaro’s victory is the arriving point of a long process that developed in three moments: first an institutional coup, second a judicial coup, third the elections which gave the first two moments the appearance of democratic legitimacy, thus using every means necessary to achieve this purpose. First step was Dilma Rousseff’s removal from the presidency of the Republic by Parliament through an impeachment proceeding that lacked any legal and constitutional basis; second step was the Supreme Federal Court ruling in favor of Lula’s arrest in order to prevent his running with the Pt party for the presidential vote. All the polls gave Lula as winner. Lula’s arrest, as in Dilma’s case, took place in total absence of evidence, after a trial based solely on clues and after a media campaign systematically implemented for a specific purpose: to generate general disapproval and prepare public opinion for a profound political change.
The election was preceded by a relentless mass media campaign that, year after year, has widely spread “antipetist” hate, manipulating and poisoning public opinion by offering only one narrative. In a context marked by a deep crisis of traditional ruling political forces, Bolsonaro, in his climb, could count on the complicity and direct support of the national ruling classes, on the capillary mobilization of the powerful evangelical networks and also, on the direct support of many “entrepreneurs”, interested in exploiting the advantages of an economic market policy in favor of wild privatization and elitists laws.

In order to correctly interpret the Brazilian crisis, but more generally, this phase of democratic reflux at the international level, it is very useful to look at Antonio Gramsci’s analysis as well as some of his analytical categories. For example remembering his concept of “reactionary subversion” or considering his so-called “crises of hegemony”, that is phases in which the masses move away from traditional ideologies and bourgeoisie liberal political parties, due to war or serious economic crisis. In these situations the ruling classes, in order to safeguard the threatened established conservative status quo, can quickly decide to change political figures and political programs by abandoning those liberal principles undergoing a crisis.
In my opinion, while Brazil in the years 1964-68 was a classic example of “traditional Caesarism”, which requires “grand style military coups”, today’s Brazil fully belongs to modern Caesarism, that due to new instruments available and civil society’s greater complexity has become a very different phenomenon from the traditional one. The development of parliamentarianism, the establishment of associations through political parties and trade unions, together with large public and private bureaucracies, have transformed police function so that it is not only mobilized by the State for crime repression, but also placed at the service of political and civil society in order to guarantee the political and economic domination of the ruling classes.
Gramsci, in his notes from prison, wrote that in a modern society like ours political parties and economic organizations of the ruling classes should be considered “political police bodies, of a preventive and investigative nature”. Thus, even in a context of deep crisis, these forces maintain margins of organizational development and improvement, relying on the relative weakness of the “antagonistic progressive force” that would represent its negation. In this sense modern Caesarism is more police-like than military-like, precisely because it uses all the preventive and investigative tools necessary to keep hostile forces in a condition of minority.

The political forces that promoted the impeachment, then uniting around Temer’s government, had no effective consensus in society and took anti grassroots measures (radical cuts to healthcare, schools, universities and welfare, wild privatization, increased job market precariousness and liberal reforms of the pension system) generating increasing social conflicts. To this should be added the hostility provoked by the moral issue with ministers and prominent parliamentarians daily involved in clamorous and millionaire corruption scandals, caught with suitcases full of money, intercepted in bargaining bribes and various documented evidence proving their guilt. It is exactly in similar situations, where neither the traditional group nor the opposition group manage to win outright, that monstrous charismatic leaders emerge ready to speed up the reactionary authoritarian involution. In this context, Bolsonaro was the ace in the hole of a social bloc in crisis, as shown by the disastrous result of the traditional liberal right party, which has always embodied the national spirit of antipetism. In the previous presidential election ballot the PSDB party, an incredibly influential and powerful political party, able to elect presidents and governors across the country, chose as its front runner its strongest man, the outgoing governor of São Paulo State Mr. Geraldo Alckmin, taking in just 5 percent of the votes. Bolsonaro was able to unify and coordinate all right-wing parties (from the most extreme to the moderate), which is exactly what left-wing leaders were unable to do. Bolsonaro’s political base is quite heterogeneous. We find the traditional upper classes, big industrial and big rural bourgeoisies, the latter being incredibly strong and influential in Brazil, but above all the small and middle class bourgeoisies, unwilling to fiscally contribute in favor of the social uplifting of the lowest income and marginalized classes. With this attitude, the elitist can claim both a social status and the reaffirmation of a minimal liberal State subordinated to the predominance of the Marketplace. Moreover, these groups were also joined by working-class worker groups overwhelmed by the financial crisis and frightened by the exponential growth of violence, to which Bolsonaro provided an elementary but effective answer: getting rid of the “public order problem” by guaranteeing both State violence and the “freedom” of private citizens to defend themselves (“arming the people”), while taking away civil rights and throwing all the “marginal” people into prisons, contemptuously defining them human trash.

It is difficult to foresee how long the Bolsonaro era will last, however, the element of greater stability of this political perspective finds its center of gravity outside the country. The need to get rid of all Pt governments, and Bolsonaro’s case, find their main motivation not so much in Lula’s and Dilma’s internal political choices, as more in the international role and position assumed by Brazil (as a hegemonic and preeminent nation in Latin America) within the Brics. Not surprisingly, the situation has plummeted when these nations announced the creation of their own investment bank, capable of operating outside the rules of the IMF and the World Bank. The US has the highest public debt in the world which can be financed by being the holder of the currency at the center of all international transactions. This hypothesis, together with the risk of taking away Asia, Africa and Latin America from the dollar circuit, represents a mortal danger for Washington which, incidentally started operating on several fronts (Ukraine, Syria, Hong Kong, Latin America) with the objective of mining the foundations of this bloc. In 2013, Snowden published confidential US National Security Agency (NSA) documents which showed continuous espionage activity and direct intrusion in Brazil’s internal affairs, especially after the discovery of new huge oil fields that could potentially transform this country (at that time closer to the economics and politics of China rather than Washington) into one of the largest producers of crude oil in the world. Also in 2013 began the subversive organization of the middle classes who were angry with Dilma, together with the judicial inquiries that targeted Petrobras and the government of the Pt party. To understand how big the stakes are, it can be remembered that recently the US has gifted 52 army tanks to Brazil. This happened during a period of growing tensions with a neighboring former ally, just as in Washington there was talk of war against Venezuela, one of the largest oil fields on earth. Meanwhile, Russia has sent its technicians to Caracas to help Venezuela emerge from the crisis, i.e. defend itself.

The Pt’s crisis and its potentials

Corruption cases aside – there have been cases of real corruption, just not to the extent nor the degree that was shown – the major limit revealed by the Pt party in its years of government was having progressively moved away from its social base, or better still, in having sought mobilization only at the time of the crisis. To this scenario, ambiguous political alliances must be added, remembering that Temer was Dilma’s vice president and that her party was one of the most influential forces of his government. The Pt party has also shown some limitations in its political actions, making a lot of mistakes and showing little courage. However, the main error was lacking the propensity for the renewal of its party leadership (not surprisingly, many historical personalities of the party, including Dilma herself, were voted out of Parliament). In these elections, the Pt party used wrong tactics and had the wrong perspective such as imposing Lula’s candidacy knowing full well that he could never have run the campaign. So Haddad, in the first round of voting, had practically only a month for campaigning, having all the media against him, while Bolsonaro had been running for years. This choice, which can be explained as an act of gratitude towards Lula and against what many considered an illegitimate sentence, has prevented the left to present itself united in the first round, canceling at the same time any chance of innovation and renewal, which was also necessary. Having said all this, precisely in the desperate run-up of the second round of voting, I think some important signs of bucking the trend revealed themselves. Signs from which a new beginning is possible. Faced with the danger posed by Bolsonaro’s candidacy, the left has managed to overcome its most lacerating internal divisions and to generate a great popular mobilization that has involved young and old, artists and people of culture, students and workers, in an attempt to overturn a political sentence that was already written. A unified effort, in which ordinary citizens, militants, voters and candidates of different political forces have helped each other to defend a recent heritage in Brazilian history, one repeatedly vilified in recent years: democracy. I believe that with this activist spirit, with the need to find an understanding relationship with the popular masses of this country, with an even clearer and clear-cut political proposal for social progress, there are the means to re-engage the political battle in the coming years and make the left a credible governing force again.

Gianni Fresu is Professor of Political Philosophy at the Universidade Federal de Uberlandia (Brazil). He is memebr of the International Gramsci Society 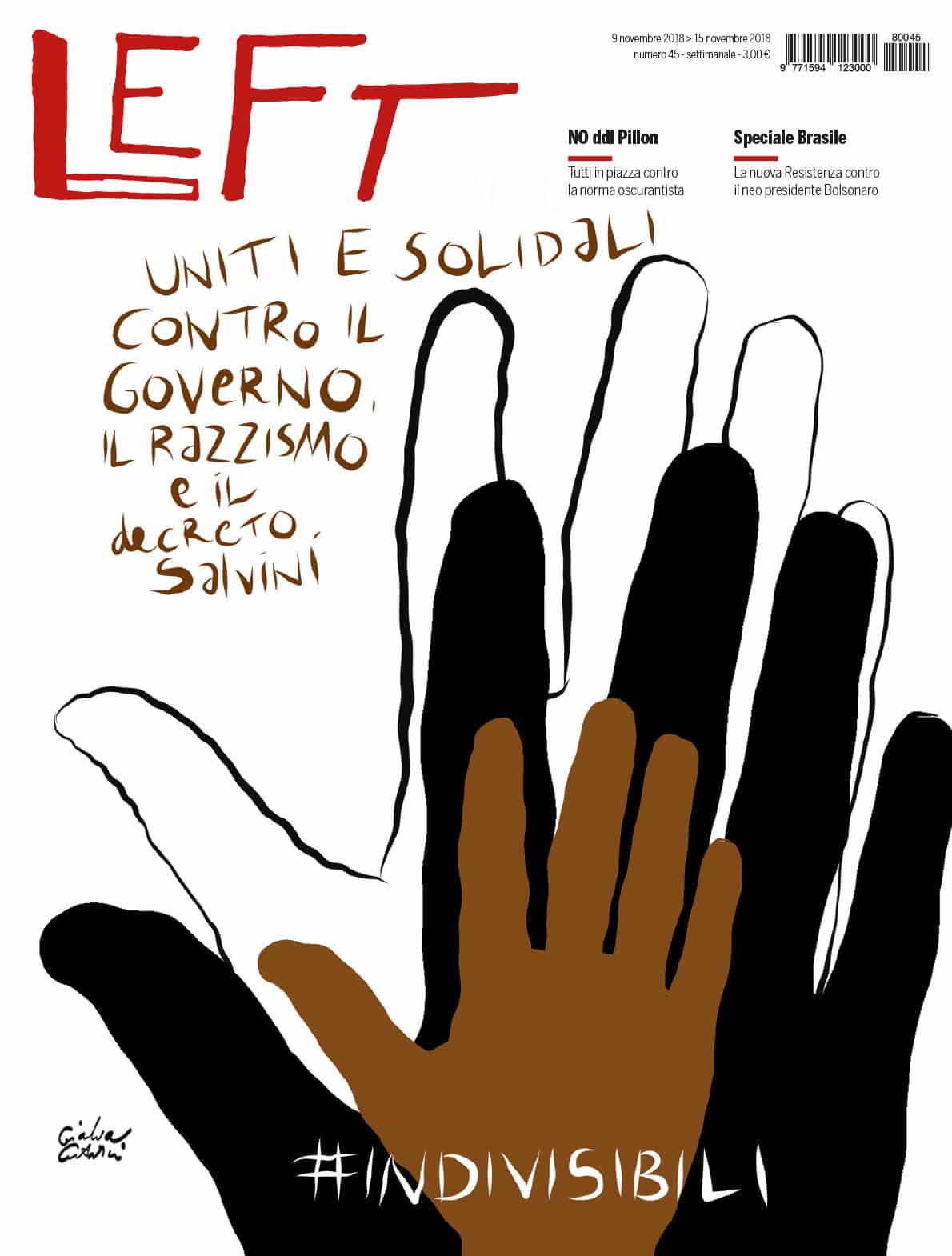 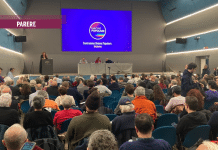 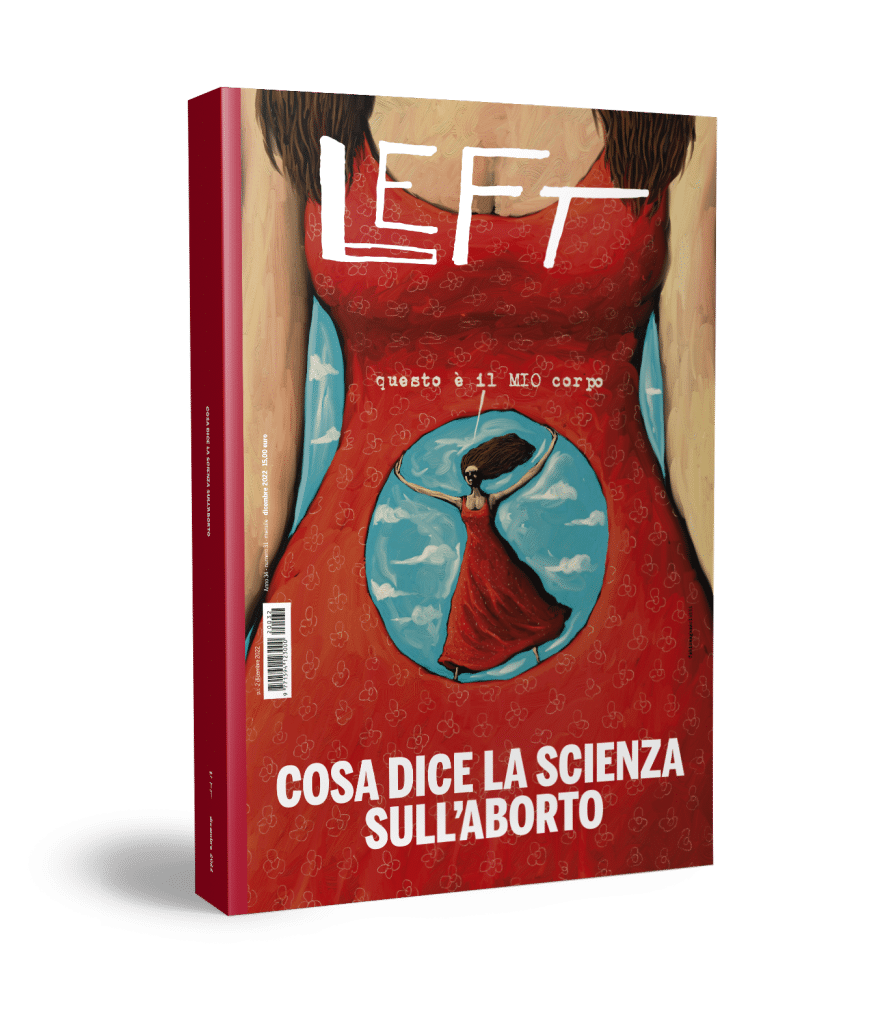 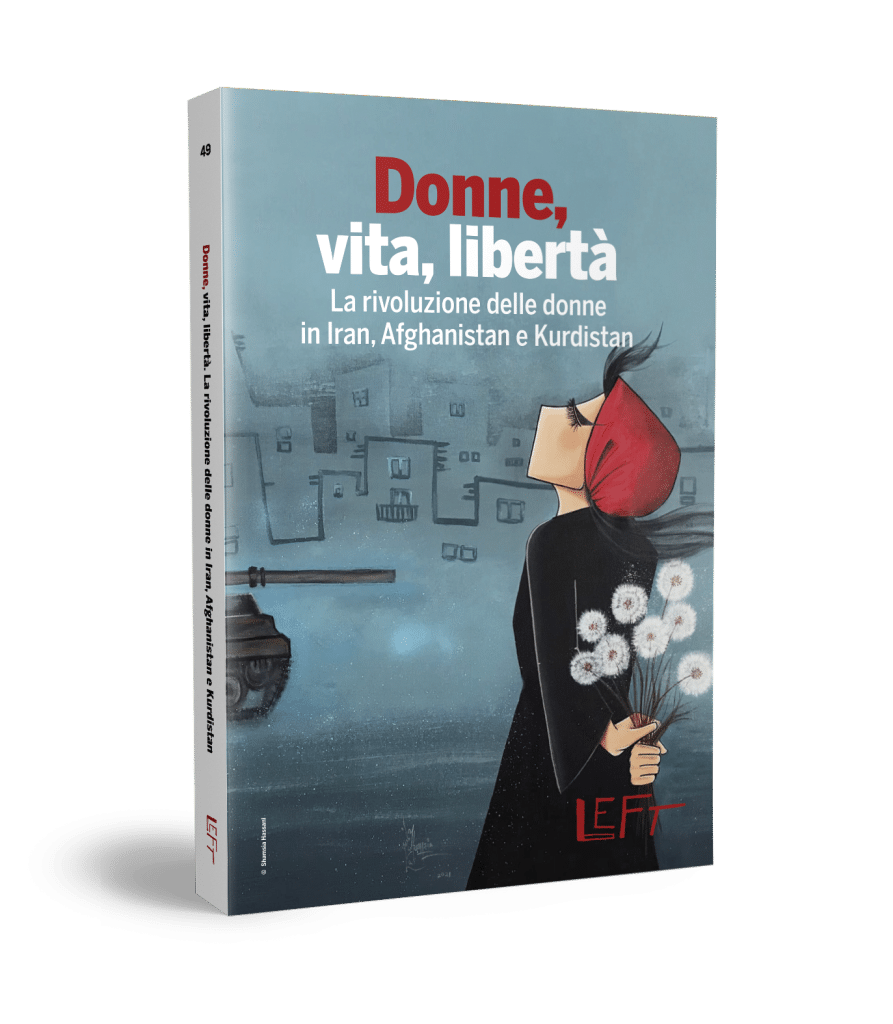