Environmental sustainability and social justice are central to the research of international architecture. As shown by the works of Yasmeen Lari, who received the Jane Drew Prize, and the interventions on the public space in New York created by young designers

We can begin to broadly hypothesize how architecture and design will be transformed following the 2020 pandemic emergency. The crisis has highlighted the importance of distribution and functional flexibility and many temporary structures have been set up in parks and stadiums or assembled in public spaces in various cities around the world. In public debate, there are words of great encouragement for the future and for the need for sustainable interventions that will take distancing measures into account in the coming months. The main focus is the future city, and the reference to formal lightness emerges from the need to respond to the current requirements for change. Often among the various professionals are males who discuss the future of the city. This request for transformation amplified by the tragedy, however, has structured foundations in the panorama of international and innovative research in architecture.

There is already research that could support this new phase which also looks beyond hygiene, distribution standards and the necessary environmental sustainability of the project.
However, in March, in the midst of the global crisis, the 2020 Jane Drew Prize was awarded to Yasmeen Lari, a pioneer of humanitarian architecture. Yasmeen Lari, an Oxford graduate, was the first female architect in the 1960s to practice the profession in Pakistan. In an interview with Aljazeera English, she said that her professional practice changed radically following the tragic 2005 earthquake that affected the population of her country. From that moment, she began to design radically different architecture with purposes close to a collective and with a humanitarian sense of space and use of the planet’s resources. In the same interview, she had the following to say about the role of the architect: “… we are convinced that architects can use their knowledge to lift populations out of poverty. This is what I am trying to do, this means that we must democratize architecture and we must also ensure social and ecological justice.”

The responses of the architect Y. Lari, co-founder of Heritage Foundation, to issues of sustainability, social justice, urban greenery, attention to the environment and new materials to be tested for the public good, are striking. Her words, while being part of a global debate, stem from other considerations concerning ideas of equality and social justice, which makes them sound full of hope. Design should be for everyone because even the poor can appreciate it, as she explained in the interview. Some of her projects accomplished with zero carbon production, to protect the Pakistani world heritage, include: “Chulah” 2017, through which she helped many women in poor rural areas of Pakistan to build clay kitchens by themselves using ancient sustainable techniques, and Sindh Floods Rehabilitation 2011, designed following episodes of disastrous flooding which required new housing structures made of natural materials to be built in order to adapt to rising water levels.

There is also another level of architecture, which often remains in the form of drawings, images or three-dimensional models for international competitions and has seen many women architects engaging differently from in the past. This is a lesser-known practice that feeds on images of masterpieces in the history of architecture by great masters such as Eero Saarinen, Alvar Aalto, Wright and historical and contemporary artists.

It has been ten years since the Chinese Expo in Shanghai (Better city, Better Life. Shanghai 2010), the theme of which was “A better city for a better quality of life.” It involved many minor interdisciplinary design studies carried out on the borders between imagined architecture, art and the use of innovative technologies. Diversified architectural designs for public or private spaces were explored, with flexible interior design solutions, urban installations and landscape planning, not to mention possible futuristic scenarios such as research involving artists, architects, technicians and engineers to create interplanetary modules at the Media Lab Space of the M.I.T. (Massachusetts Institute of Technology).

Architecture that could be defined as utopian in line with the recent global communication revolution. This peaceful revolution that has grown over the years, when applied to the various disciplines, can respond to common feelings regardless of national borders as it has granular sensitivity linked to the territory, people and communities. It explores a broader vision of the idea of being human, which underlies the creation of architecture, understood as a plasma of creativity in thought that revitalizes the design approach and the city of the future.

New York – reconnecting the city with human and environmental value in the territory.

Compared to rural areas in Asia and Africa, where humanitarian architecture mainly operates, we can consider the reality of large urban densities. In just in one of the epicenters of the pandemic, New York City, the tragedy highlighted the social injustices and problems that still exist in the megacity, mainly related to the quality of life, pollution, the conservation of urban greenery, and the distribution of resources and services in the ethnic suburbs. Most affected urban and suburban areas require creative redevelopment. To name just one: the Jackson Heights neighborhood in Queens has infrastructural barriers of railway lines and roads with which the population coexists in an unhealthy relationship filled with noise and various types of pollution.

Following the New York lockdown, the mayor of the megacity, Bill Di Blasio, among the various interventions and concrete aid for the population, made certain streets pedestrian in Manhattan to promote social distancing. This was a temporary measure that curiously implemented what many projects and interventions on the possible metropolitan future had already foreseen. However, these types of initiatives for public good, even at territorial scale, are often not promoted by official bodies, but rather are driven by private individuals, such as the well-known linear park Diller Scofidio + Renfro’s High Line 2009. The park is a paradigm of agri-tecture, a strategy for conceiving architecture and landscape design even in an urban context. Today, however, building speculation in some places overshadows its green layout along its path of industrial archeology. In our research in the suburbs and in the various New York neighborhoods we found that there are other areas that resist, such as those with urban gardens and vegetable gardens, in Brooklyn, maintained and granted to free citizens, artists and pensioners who preserve green spaces and produce the fruits of the earth, living in the metropolis according to a sustainable model. Also in this case, free initiatives connect the vertical city to the territory with small gestures that don’t seek to make a profit. Photos of the urban gardens – April 2020. Photographs by Megan Martin Photography. NY

Artistic (design, research, creative value of the line in the initial project), social and environmental sustainability.
In December 2019, we attended a review of student projects at the Department of Architectural Technology of New York City College of Technology. On Professor Rain Wang’s architecture course the students, in addition to their computer skills, learned the techniques of freehand drawing and perspective, and to create models built with their own hands, making the lines of their drawings appear in a three-dimensional construction for the tectonics of the whole and the distributive movement. This contrasts with what happens in the work sector where everything goes through standardized rational phases. Perhaps it would be desirable to deepen dynamic psychology studies to be applied also to the design of the space. The visual gaps found in many architectures built in today’s landscape could be attenuated by the designs and models.

Following this line of thought, here we participated as (q04architecture) for one of the design competitions organized by The Architectural League of New York in collaboration with the Socrates Sculpture Park. The theme of the Folly/Function 2018 included the design of urban furniture for the park, to be thought of as a module that can be assembled (the competition was won by Hannah with the RRRolling Stones project). The annual competition explores the relationship between art and architecture in a design for public use within the scope of activities in the park, which is located on a strip of land in Long Island City overlooking the East River. Thanks to a private initiative, since 1986 it has resisted speculative construction that would have turned it into a space for luxury apartments; it officially became a city park in 1998. The panoramic quality of the park means that it can accommodate many installations by artists, designers and architects. Complex issues for the planet, such as water resources or the value of new materials applied to design, are addressed each year, but the main theme is lightness and flexibility to construct the overall image. These are silent gestures that inspire the design of a city for everyone and lead us to ask, inspired by utopistic ideals, that we do not return to normal within the architectural box of profit, but that new windows can be opened that allow for creativity and artistic sustainability, also in architecture and urban design. 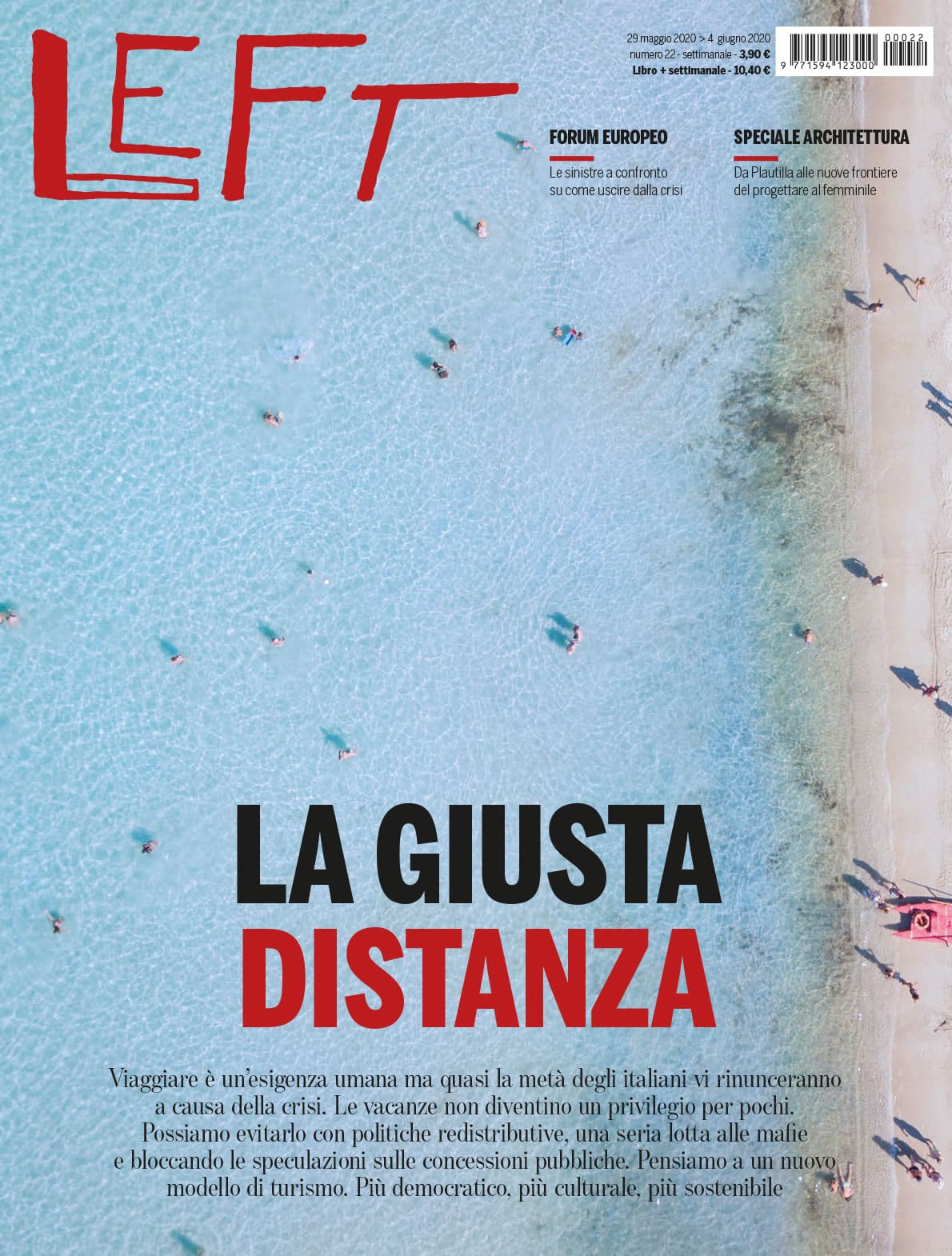 The article is part of a leaflet made up of four articles published in the Left 29 May (Authors: Simona Maggiorelli, Paola Rossi, Giulia Ceriani Sebregondi and Francesca Serri) 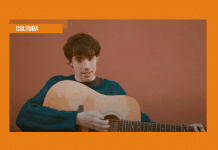 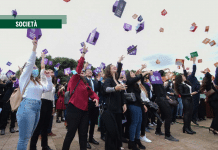 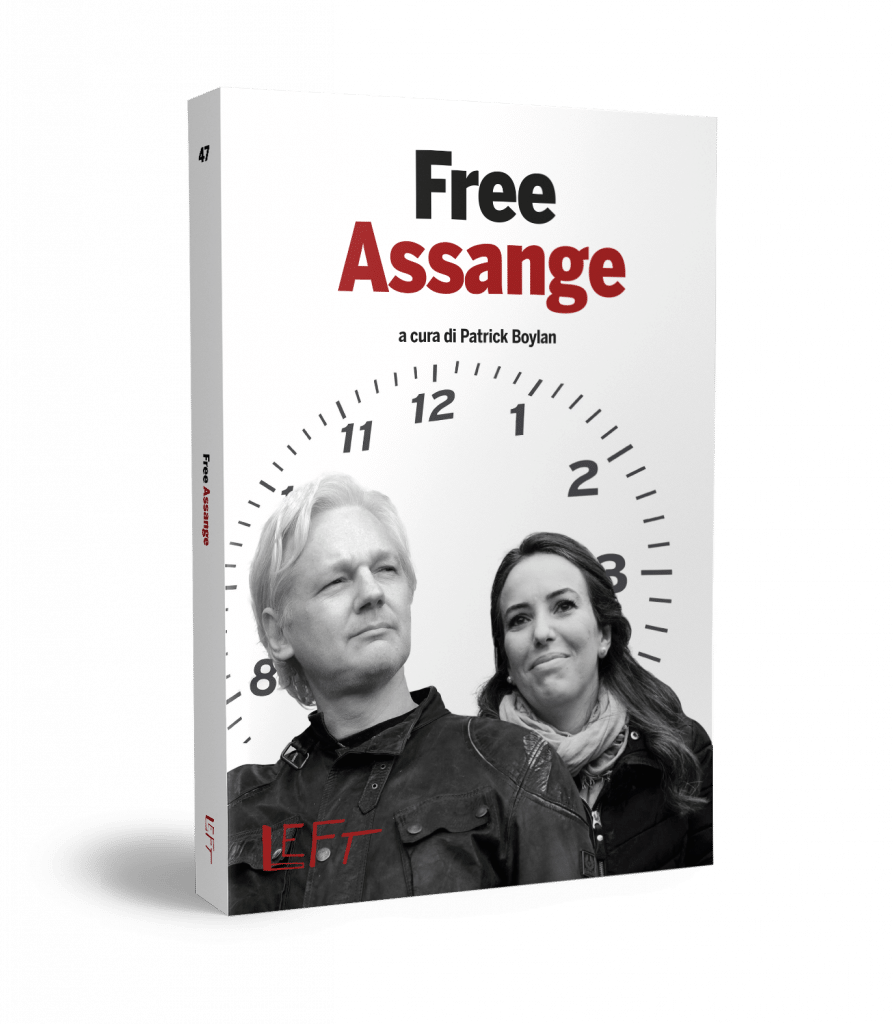